Suing a Theme Park After Getting Injured 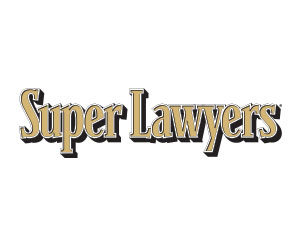 Visiting amusement parks and theme parks can be a pretty exhilarating experience. Many people have built friendships, strengthened family bonds, and cemented happy memories with such visits and gained experiences. Although it is such a memorable thing to do, it is also important to know that in places like that where there are lots of gadgetry and machinery, accidents can happen. In fact, there are thousands of cases of such accidents documented across the United States, some of which have even led to deaths, unfortunately. Read on to learn about when a theme park is liable for injuries sustained by your or a loved one.

How Many People Are Injured by Amusement Park Attractions?

According to the Consumer product safety commission (CPSC) which collates data of injuries from products used, the year 2017 alone saw 43,405 injury cases from just theme parks and amusement parks.

Every year, over 4000 children are hurt at such fun parks. It is also known that people below the age of 24 years are more likely to have an accident at amusement parks than in other age brackets. Also, between 1990 and 2000, 82000 children have had to visit the emergency department of hospitals as a result of amusement park freak accidents.

Florida has a couple of amusement parks that see a great number of visitors who show up each year to have a memorable experience. Some of the major parks include Sea World, Disney World, and Universal Studios. These parks as well as others like it have had reported cases of accidents too.

These figures help to paint a clear picture of the reality out there. And it is our duty at Hannon Legal to let you know that victims of such accidents can file a claim against those responsible.

When Is an Amusement Park Liable for Injuries?

This is basically any cause leading to the accident that is primarily the fault of the theme park. Negligence can be a result of inadequate training of the staff and operators of roller coasters and other park rides and machinery. Also, a lack of proper maintenance of the facility can be another reason why accidents occur.

In other cases, it could be due to defective signs and malfunctioning safety devices. When faced with a situation like this, it is best to find out what went wrong and if the facility is responsible, they can be held liable and sued.

Product liabilities are accidents resulting from faulty machines and equipment as a result of manufacturer errors. Sometimes these errors may not be immediately noticed by the operating theme park and in this case, it is the manufacturers that are potentially liable.

What You Need to Know About Premise Liability

Premise Liability is the legal term used to describe the set of laws that guide the determination of who is liable when a building, space, or premise — of which amusement parks fall under— causes an injury. These sets of laws vary depending on the state you are in.

However, in Florida, two types of entrants are considered. The first is the entrant who was granted due permission to be in the park and was at the right place at the right time (the invitee). The other category is the trespasser.

For the purpose of this article, we will consider the invitee who was admitted into the park either for free or as a paying customer. To these people, the park owes the responsibility of warning if there is any condition that could potentially be dangerous—such as age restrictions, underlying medical condition restrictions, closure for repair and maintenance, failure of which is a breach of duty and the park can be held liable for any injuries this non-admittance may cause.

On the other hand, for the trespasser who has gained access into the park without the right channel of approval, no duty is owed and the park can not be held liable for any injury sustained, except for causing intentional and unnecessary harm.

When Is an Amusement Park Not Liable for Injuries?

However, there are other causes of amusement park injuries that the manufacturers of machinery used or the park itself cannot be held responsible for.

For example, if the power of an electric ride cuts off from a lightning strike while in full swing, thereby causing an injury to the user, this is considered an “act of God”. It is unforeseen and likely not preventable either.

Another example of such park accidents are ones that are as a result of non-adherence to instructions by the park user. In this case, the user does not have a claim.

Some common injuries that come with amusement park accidents are:

What Can You Do About Such Injuries?

Under Florida laws, all parks are supposed to operate with the appropriate permits for their rides. They are also mandated to submit to routine inspections of their property.

Florida parks are expected to have double and functional insurance covers for both the park itself and the visitors, a failure of which can lead to litigation.

If you or your loved ones have suffered any form of injuries from amusement park visits in Florida, we at Hannon legal are willing to hear you out and walk you through the process. And although suing the park cannot bring back a lost loved one, erase a scar nor the associated emotional trauma, it can however help to cushion such suffering through the damages that can be received through a theme park lawsuit.

This may not always go down without a fight, but we promise to put our best and highly experienced amusement park accident lawyers on your case with a strong argument for your claims.

What Damages Can You Claim After An Amusement Park Accident?

You may be able to claim a number of damages that are categorized as general or special damages during a theme park lawsuit.

General damages can be claimed as compensation for any suffering and pain you endured as a result of an amusement park accident and special damages refer to compensation you get as reimbursement for out-of-pocket expenses incurred as a direct result of the accident.

The damages you can claim include:

We have helped many victims of amusement park injuries get justice and deserved compensation and we can help you too. Hopefully, this article has helped you get a clearer picture of what you can do when faced with a similar situation.  You can request a free consultation with us if you have any questions or doubts as we are ever willing to listen and help you champion justice.